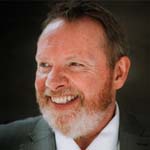 A Guide to the Green Building Revolution

We all need – and deserve – to live in energy efficient buildings. A home that is well insulated reduces bills, increases comfort levels and helps in the battle against climate change. Creating good quality, well insulated living spaces that are cheaper to keep warm and produce less carbon is a laudable objective.

Unfortunately, it is also a huge challenge, and it’s one that Scotland’s construction sector is having to meet. There’s no doubt that improvements are necessary. The energy use from Scotland’s 2.5 million domestic dwellings contributes no less than 15 per cent of our greenhouse gas emissions. The Scottish Government is determined to take action on this, particularly in relation to public housing stock. Its Energy Efficiency Standard for Social Housing (EESSH) is being replaced by a new and more ambitious successor, EESSH2. This requires that all properties should meet energy performance certificate (EPC) rating C by 2035.

While all buildings in Scotland are now required to reach zero emissions by 2045, in order to meet that target many of the changes will need to be delivered during this decade. The Scottish Government concedes that the transformation of our buildings at the scale and pace required is unprecedented. There is, it says, no single technology that will deliver the changes required and several different approaches will be needed. The task is a daunting one: achieving the emissions reductions required by 2030 will involve massive changes to heating systems alone, with more than a million homes and some 50,000 buildings being improved.

Among the organisations involved in this transformation is the Scottish Procurement Alliance. It has developed the energy efficiency framework that will be used by publicly funded bodies such as housing associations that need to make the changes.

“This covers 21 individual disciplines to drive efficiencies”, explains Clive Feeney, the organisation’s Director. “These include cavity wall insulation, but also other things that help move us towards net zero, such as electric vehicle charging points and photovoltaics.”

Because its standards are more rigorous, meeting EESSH2 is going to be more complex and difficult to achieve than that of its predecessor. One particular challenge is going to be adapting existing buildings, and particularly older ones, to be compliant with the new regulations. Where it is simply not possible for these to be brought up to EPC rating C, the new rules require the best possible standard to be achieved subject to available technology and cost effectiveness. Yet even meeting this may be daunting.

“Look at Edinburgh and Glasgow, for instance, and think about how much tenement stock you’ve got”, says Clive Feeney. “You can’t just put an external wall insulation system on the front of the building. They’re protected and the building envelope just doesn’t allow for that. Nevertheless, we still need to improve these properties, so we’re trying to think outside the box. It’s things like improving windows, putting in floor insulation and fitting photovoltaics and battery storage.

“But you’re quite limited in what you can do. Sandstone needs to breathe and there are a lot of technical issues. There’s a lot for public sector organisations to think about. It need hardly be said that the cost of these changes is going to run into billions. Some of the work will be funded by the Scottish Government, but the scale of the work is such that the private sector is also likely to become involved. The cost for housing associations alone is likely to be about £2 billion, and it is estimated that the total cost of achieving the vision of taking all Scotland’s buildings to net zero carbon will be more than £30 billion.

“We can’t just demolish all over Scotland and start from scratch – that’s just not possible. The public sector cannot accommodate the cost on its own so we will need to work together to fund this requirement. All this leaves the construction sector with a huge amount to do. This is where frameworks come to the fore. In terms of making sure that public money is being spent correctly, we have one of the toughest regimes in the country.

“A typical tender might take 12 to 18 months, but having a framework means that we’ve done the work including the technical evaluation and insurances upfront. That helps with a quick turnaround. We can actually get projects on the ground in weeks rather than months if conducted via traditional methods.”

While the timescales are tight and the challenges huge, Clive Feeney says that it will lead to us having better and more efficient buildings. “It’s 100 per cent a good thing. It will reduce fuel poverty, there will be environmental benefits and it won’t cost us as much to heat our homes. That will be of benefit, and particularly when it comes to some of the older stock, and the changes will eventually be mandatory in the private sector too. It will cost money, but it will help everyone, and the environment will be a winner too.”

Back to blogs
Back to top